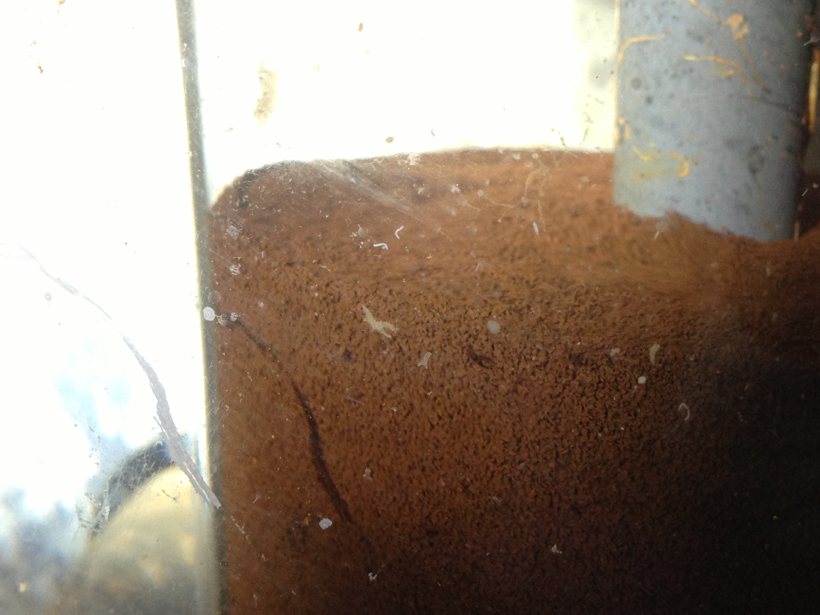 A phosphate reactor is a useful filtration add-on often employed for the small reef aquarium. While not a vital component, I find this device to be one of the best bang-for-your-buck add-ons that you can make to the simple reef aquarium.

Without a phosphate reactor, phosphate levels would naturally rise, as phosphates are a byproduct of fish foods. Unchecked, they can rise to levels that are deleterious to any organism that relies on calcification. Calcification is the combination of calcium and carbonate ions to form calcium carbonate. Corals, snails, and coralline algae are all organisms that rely on this process to grow. Scientists have shown a phosphate level of 0.19 mg/l (milligrams per liter) will effectively inhibit calcification by 43%. In most instances, water changes alone are not enough to keep phosphate levels in check. Left unchecked, phosphate levels will exceed this threshold within the first few months.

Thus it is very important to have an efficient system for the removal of phosphates from your system. A phosphate reactor works ideally for this purpose.

This article will give you an overview of the components of a phosphate reactor. In addition, I’ll go into some detail about how the process works and what sort of side effects you can expect to see.

How do they work?

The first component of a phosphate reactor is a small reverse flow media reactor chamber. The reactor is filled with what is called granular ferric oxide (GFO) media. Quite literally rust, this ‘iron oxide’ has a rusty brown coloration, and this rocky substance is generally pulverized roughly to the grade of playground sand.

As the water flows upward through the media it will take on a ‘fluid’ or ‘fluidized’ appearance. This is a critical feature of the media reactor. Especially if you consider the alternative, pushing water through the media. Because doing so would cause the media to behave like a mechanical filter and would soon be clogged with detritus. It is important to note that the chemical process of phosphate removal (outlined briefly below) only happens on the surface of the media. If the media is clogged, it becomes significantly less effective. By operating the media in a fluidized manner you improve the longevity of the GFO media.

How does GFO work?

GFO removes phosphate because the inorganic orthophosphate molecule binds with the iron molecules on the surface of the GFO media. In the process, two hydroxide (naturally high pH) molecules are released creating a tiny zone of increased pH. This is important, because this tiny high pH zone is thought to encourage calcium carbonate precipitation on the surface of the GFO media. This prevents the formation of bonds between the phosphate and the GFO decreasing its overall lifespan.

Granular ferric oxide has some other impacts on the water chemistry as well. In addition to removing inorganic orthophosphates from the water column, GFO has been shown to reduce heavy metals such copper, cobalt, zinc and manganese. It has also been shown to reduce silica and ‘organics’ such as humic acid as well. All of which are generally beneficial to an established marine aquarium.

You will need about 100 grams of GFO for a 50 gallon aquarium. This amount of GFO would occupy about 30 percent of a small ~1.25L reactor chamber such as this PhosBan reactor.

The media will last between 2-4 months on most systems. If your system is scarcely stocked and it is filtered effectively, you may get 4 months or more of phosphate reducing capacity from the media. But keep in mind that the media simply binds different compounds to its surface. Those compounds are still available to return to the water column. Removing your media and exchanging it for new media will effectively export these compounds from your water. This is the same reasoning that suggests that you change carbon roughly every four weeks.

Also keep in mind that any rapid changes in water chemistry can be stressful to some corals. Some aquarists have reported bleaching in their stony corals shorty after initiating GFO treatment. This is thought to occur due to the rapid drop in orthophosphate levels in the aquarium. If your aquarium has a looong way to go in order to get phosphate levels down, it is a good idea to perform a large partial water change before initiating GFO. Additionally, because activated carbon and GFO can remove some of the same substances, it is a good idea to use them in conjunction with one another.

Additionally, chemically speaking there are several types of granular ferric oxide, with some minute differences amongst them. This is important as I point out that not all GFO’s are created equal. Each brand has shown a different reactivity level and effectiveness, though all the commercial GFO media source offer a perfectly functional product.

For those who are attempting a minimalist system, keep in mind that employing a phosphate reactor may make phosphate a ‘limiting nutrient’ in your reef. Phosphate is a vital nutrient, and corals do require some amount of it in order to complete their natural life cycle. Something to keep in mind as you gear up in your fight against phosphates.

2004 – Reefkeeping – Iron Oxide Hydroxide (GFO) Phosphate Binders – Randy Holmes-Farley – This article will describe what phosphate binders are, how they bind phosphate, what else they may bind, and what other effects they have.

2006 – Reefkeeping – Randy Holmes-Farley – This article describes some of the issues surrounding phosphorus in reef aquaria, including the forms that it takes, its origins, ways to test for it and, most importantly, ways to export it.

2010 – Advanced Aquarist Online – By Matt Wandell, Laura Kormos – Aquarium Chemistry: Regeneration of Granular Ferric Oxide Media with Sodium Hydroxide – For aquarists who keep non-photosynthetic corals that require massive feeding, have large tanks, or a dense fish population the costs of regular GFO replacement can be significant. With a few simple tools and techniques we can easily regenerate GFO so that it can be reused several times over.

2011 – Advanced Aquarist Online – Dana Riddle – Product Review: Two Little Fishies’ Media Reactor 150 and PhosBan Phosphate and Silica Adsorption Media – TLF’s 150 Reactor and PhosBan media performed as advertised. Under the conditions of this testing, both phosphate and silica concentrations fell to levels below the detection limits of ‘laboratory grade’ instruments. The successful application of these products in aquaria around the world is a testament to their functions. If you’re battling algae outbreaks and need a quick solution, give these products a try.

2012 – Advanced Aquarist Online – Dana Riddle – Aquarium Chemistry: Effects of GFO (Granular Ferric Oxide) on ‘Trace’ Metals Concentrations in Artificial Seawater – Granular Ferric Oxide (GFO) is popular among reef hobbyists as a means to decrease phosphate levels and subsequently algal growth in their tanks. GFO, however, can also affect other ions and compound levels as well. In this article, Dana investigates the effect that GFO has on our tanks outside of decreasing phosphate levels. 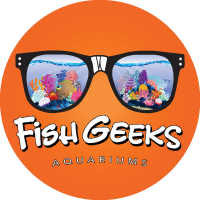